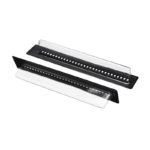 When Will I Get My Order?

Email Me When Stock Is Available